Japan Reinventing Itself as a Global Financial Hub

Japan, the third-largest economy globally holds unique strength among Asian markets and other global financial hubs. Despite its distinct advantages, however, Japan trails other financial centres, especially with regards to attracting foreign talent and playing a regional role.

Against this backdrop, the Japanese government looks to re-position the country as a global financial hub, by capitalizing on Japan's advantages and at the same time by addressing existing challenges. FSA is spearheading this through a series of policy reforms that aim to attract more finance professionals, address tax and operational challenges, and invite foreign investors and asset managers to play a more significant role in Japan's economic growth.

Hiroshi Okada has been assigned to the current position since July, 2020. He is in charge of developing strategies and priorities of JFSA and takes responsibility for agency-wide top priority issues at times. He joined the Ministry of Finance (“MOF”) in 1993, and has held various positions on budget and financial regulations. From 2002 to 2006, he was assigned to the Legislation Bureau of JFSA and was involved in 8 legislations concerning financial regulations. In 2006, he moved to the MOF and worked in the Budget Bureau until 2009. In 2009, he was assigned to JFSA again and worked in various positions, including congressional relation, human resources and publicity activities of JFSA. In 2013, he was transferred to the United States as Counselor, Embassy of Japan, where he worked as representative of MOF and JFSA in Washington D.C. and followed the development of U.S. fiscal-, monetary- and prudential policies until June 2016.

Christian Pecher is currently the Director of Developed Asia Pacific Equity Research and also a co-manager of the JPMorgan Global Select Equity Fund. Christian started his career with JP Morgan in 1998 as an equity research analyst after completing a Masters Degree in Economics at the London School of Economics. He covered a variety of sectors, including Telecom, Technology and Utilities and in 2016 moved to Japan to assume his current role. 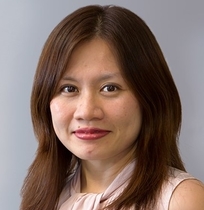 Laurel Teo, Ph.D., CFA, is a behavioural scientist who studies how new technologies such as artificial intelligence influence the way people think, feel, and behave in organizational settings. Her research interests include the impact of technological changes on privacy issues and the future of work. From July 2022, Dr. Teo joins the Institute of Policy Studies at the National University of Singapore as a senior research fellow. Dr. Teo was previously Director, Society Advocacy Engagement, at CFA Institute, where she supported CFA member societies in Asia Pacific in regulatory outreach, market integrity research, and investor protection programs. Before joining CFA Institute, she was a consultant in investor relations. Dr. Teo began her career as a political and business journalist reporting in Singapore and Indonesia with leading newspapers. She earned her Chartered Financial Analyst® designation in 2011 and has been elected to the board of CFA Society Singapore since 2018. She is currently the honorary secretary of CFA Society Singapore. She obtained her Bachelor’s degree (magna cum laude) double majoring in Anthropology and Chinese from Yale University, and her Ph.D. in Business (Organisational Behaviour & Human Resources) from Singapore Management University.

Mark Lazberger, CFA, is the former chief executive officer for Colonial First State Global Asset Management and oversaw more than $160 billion in funds and assets under management across equities, debt, infrastructure, and property. Prior to joining CFSGAM, Lazberger was president, international, and executive vice president of State Street Global Advisors (SSgA). Before this, he was head of international businesses, president and CEO of State Street Japan, and a Principal and regional managing director of SSgA's businesses in Japan and Australia. Lazberger has a Bachelor of Commerce from the University of Western Australia, earned the Chartered Financial Analyst designation, and was a member of the Board of Governors of CFA Institute. He is also a director of the Sydney Theatre Company.