Ethical and Sustainable Business Models in the Banking, Insurance and REIT Industry

Our global capital markets have been bombarded by the ESG acronym – Environmental, Social and Governance. These are the buzz-words that none of us can avoid when consuming our daily dosage of e-newsletter. How are these reshaping business models and fundamentals of companies?

We have invited experts from the capital markets to dissect the above as well as touching on the white elephant in the room – in the midst of the 4th industrial revolution, does ethical business model still holds paramount importance among listed companies in the banking, insurance, and REIT industries? If so, why? And how do we as investors analyze whether top management are indeed walking their talk as per their ESG and CSR annual reporting? 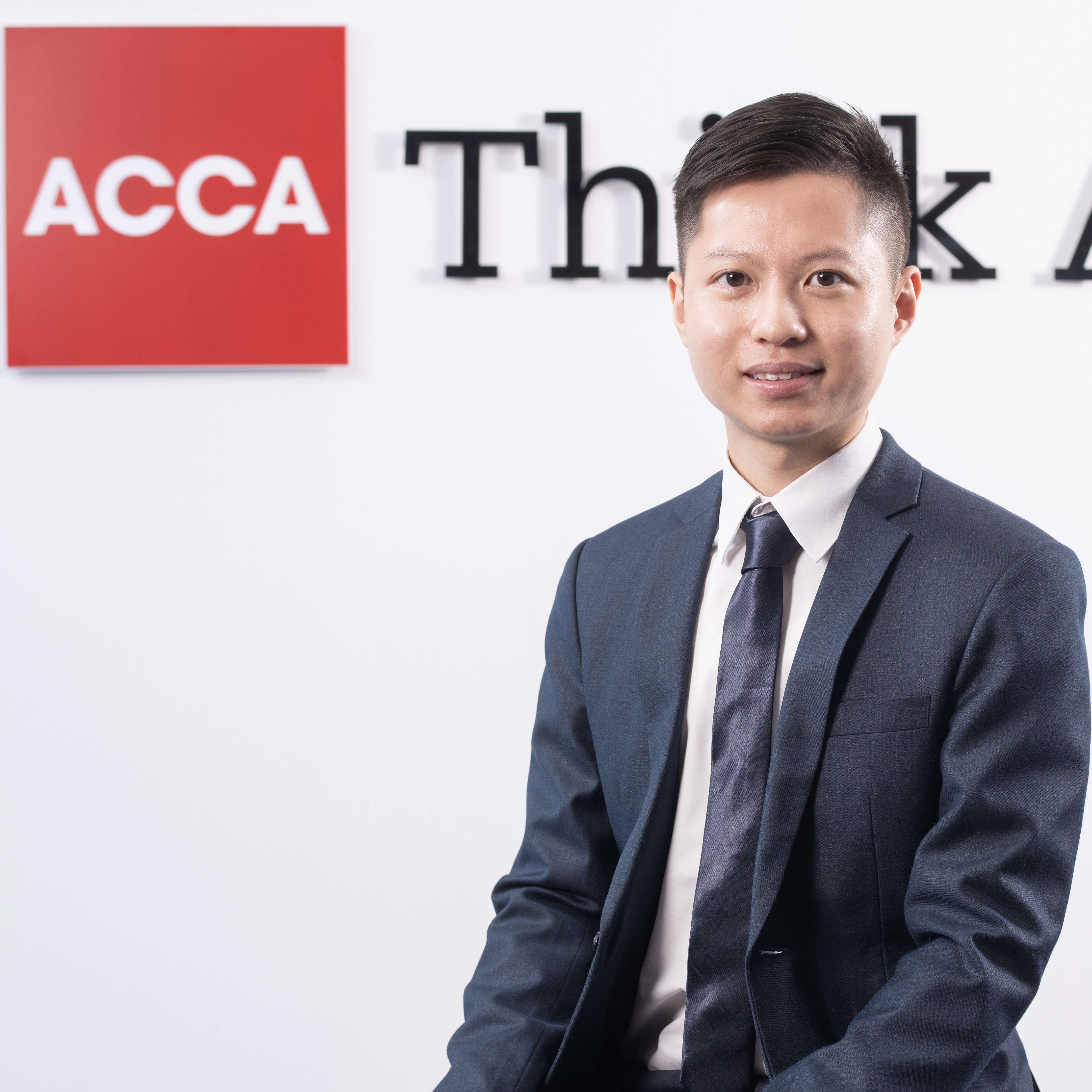 Adrian Chong is the Policy Manager of ACCA (the Association of Chartered Certified Accountants) Hong Kong. He is responsible for formulating policy strategy, driving research projects and thought leadership initiatives, and contributing to the industry consultations to enhance the association’s recognition, reputation and influence in Hong Kong and the wider Greater Bay Area (GBA) region.
Prior to joining ACCA Hong Kong, Adrian was an audit manager of Ernst & Young and has over 5 years of experience in serving clients in a wide range of industries in Hong Kong, mainland China and Asia Pacific region. He worked in the hospitality and accounting field in Australia before settling in Ernst & Young.
Adrian graduated from the University of Melbourne with a bachelor’s degree in Commerce (majoring in accounting and finance). He is a member of Hong Kong Institute of Certified Public Accountants and Chartered Accountants Australia and New Zealand. Adrian is the Director of Club Service in the Rotaract Club of Peninsula. He is also a former appointed board member of the Leo Club of Hong Kong Island and served as the Honorary Treasurer and 1st Vice President.

Dr Lok is responsible for nurturing ethics trainers, producing ethics bite-size media as well as facilitating member societies to promote ethical behavior in their local capital markets. In his role, Dr Lok works with member societies to advance awareness and adoption of CFA Institute ethics and standards, as well as policy positions on ethical conduct and culture related issues. This involves outreach to local stakeholders, including the industry, financial regulator, and the public across the APAC markets. Dr Lok also manages ethics related content and events together with societies leaders as well as facilitating their outreach activities on the Asia-Pacific Research Exchange (ARX) post publication.
Dr Lok joined CFA Institute in February 2014 as the Director of Capital Markets Policy in the Standards & Advocacy Division (APAC) before moving to the role of Director, Society Advocacy Engagement (APAC) in January 2017. In that role, Dr Lok has built up close relationships with society leaders and volunteers in the APAC region. Dr Lok was also responsible for directing the establishment of the Asia-Pacific Research Exchange (ARX). Over the years, he co-authored two monographs on portfolio pumping and market manipulation, submitted numerous regulatory consultation papers, written many blogs & articles and supported the Singapore Society in their Industry Research series in the Singapore Business Times.
During the decade prior to joining CFA Institute, Dr Lok was the senior investment manager of a Chinese solar-energy conglomerate and worked as both a buy and sell-side research analyst in Singapore. Dr Lok also served as the Adjunct head of two modules in Nanyang Technological University (南阳理工学院) as well as the module leaders for various universities in Hong Kong SAR, Mainland China, and Singapore.
Dr Lok graduated with a degree in Electrical & Electronic Engineering from the Nanyang Technological University in Singapore in 2003. Subsequently, he went on to read his MBA at the University of Manchester in 2013. He obtained the FRM certification from the Global Association of Risk Professionals in 2007 and was subsequently awarded the CFA certification from the CFA Institute in 2008. Dr Lok was recently awarded a doctorate degree from the University of Middlesex, London in 2021. His latest publication was a co-authorship with ACCA entitled “21 Sector Analysis: A Questioning Framework for Investors”.

Guruprasad Jambunathan, CFA, FRM, is a Director for Financial Research and Products at CRISIL, a global analytics company and a subsidiary of S&P Global Inc.

Guru has over 15 years of experience in equity research and works closely with a broad clientele of buy-side and sell-side firms, as well as with academic think tanks across the globe. Guru started off with work on European equity strategy and has over the years assumed multiple roles managing and mentoring research teams handling Economics, credit and multi-asset strategy. Guru has also championed numerous tech-oriented allied-research projects for CRISIL and external clients.

Guru, in his capacity as a Director at CRISIL, has co-authored a research report on ‘Portfolio Pumping in Singapore’ along with the CFA Institute APAC team. He has also worked on research assignments around capital market efficacy in partnership with CFA societies and other academic institutes.

In his current role, Guru heads research automation practice at CRISIL and spearheads digital transformation implementation at research and risk units of global banks and financial institutions. In specific, he leads product development and implementation of SMART, an end-to-end research automation and workflow digitalization platform for research houses. The platform is also now being adopted across credit origination and risk units at global banks. More recently, Guru has been involved in consulting and deploying SMART for ESG-related digitalization strategies at financial institutions.

Guru is a graduate in Statistics and a post-graduate MBA in Finance. Guru is a CFA charter-holder and has also completed FRM certification from GARP, USA. 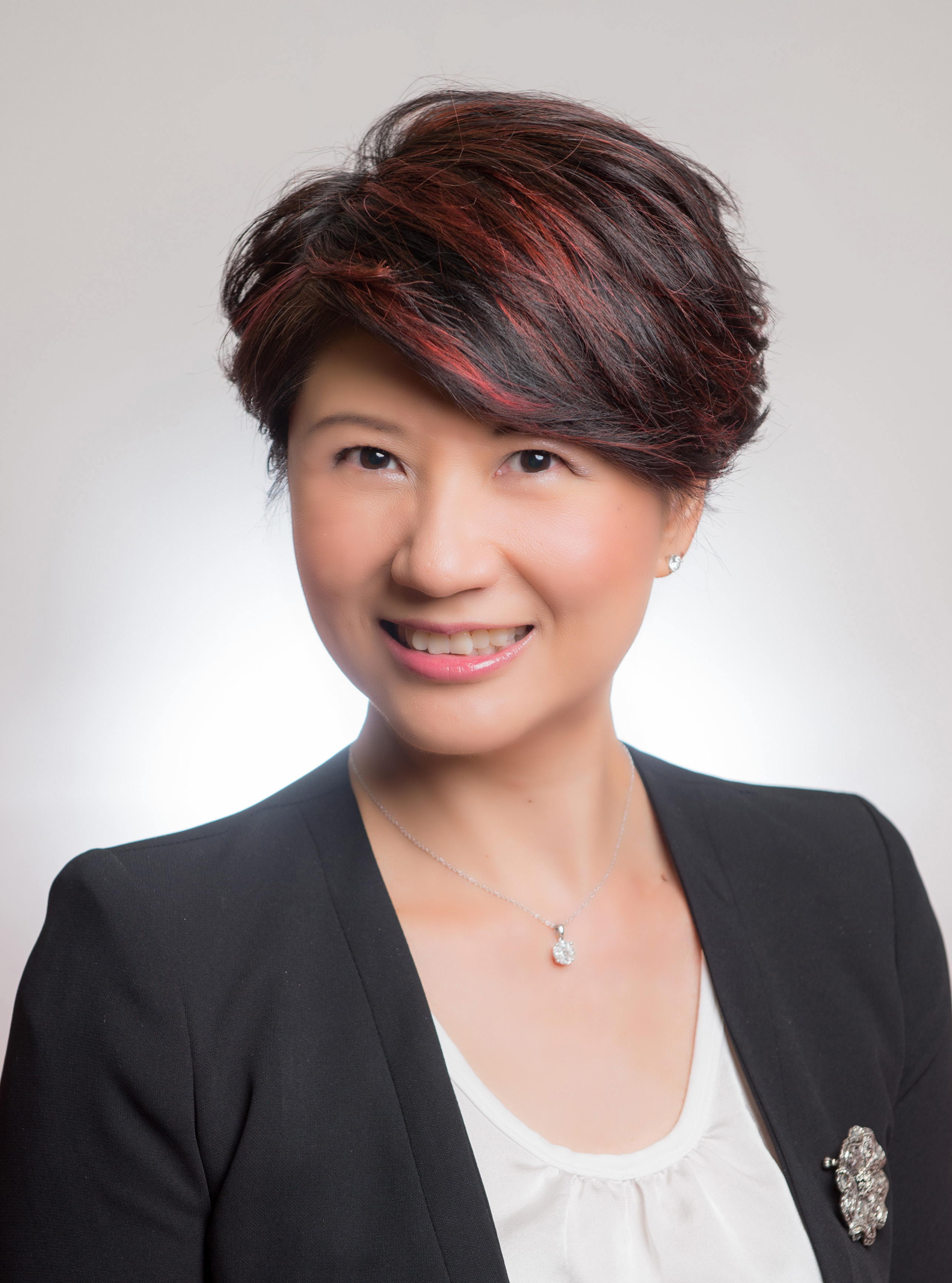 Jane Cheng is the Head of ACCA (the Association of Chartered Certified Accountants) Hong Kong.

A seasoned marketing and PR professional with over 15 years of experience, Jane brings a background focussed on corporate communications, investor relations, marketing and journalism. Prior to joining ACCA Hong Kong, Jane has held senior positions in leading multinational companies. She was the Asia Pacific Marketing Director of GXS, overseeing business development and product promotions for mainland China, Hong Kong SAR, Japan, Korea, Australia and Singapore markets. She was also the Associate Director of Corporate Communications for CDC Corporation (formerly known as chinadotcom) during the dot-com era. She started her career in journalism, working as political reporter and US correspondent for Wharf Cable Television (now known as Cable TV Hong Kong).

Jane holds a Bachelor’s degree in Communications from Hong Kong Baptist University, and an MA in Asian Studies from Seton Hall University. She completed an EMBA programme offered by The Chinese University of Hong Kong in July 2013.

Tat is the Chief Executive and Executive Director at WeLab Bank, a homegrown virtual bank licensed by the Hong Kong Monetary Authority. WeLab Bank operates under WeLab, a leading fintech company in Asia. Founded by a team of financial and technology experts, WeLab Bank’s mission is to bring joy to customers’ financial journeys by using technology to design a personalized, full-service banking experience. WeLab Bank represents a 100% digital banking experience that is simple, intuitive, and built around customers.

Tat has played a vital role since the beginning of WeLab Bank’s journey. As a founding member, he led the efforts to obtain the virtual banking license and establish WeLab Bank’s core vision and proposition. He is a passionate technologist leading a dynamic and fastgrowing team to deliver innovative banking products and services, building a bank that Hong Kong customers will love . Tat is a strong believer that it is the combination of the power of people and the power of fintech that will truly revolutionize the banking experience.

Tat has close to two decades of retail banking and fintech experience. Tat joined WeLab as employee number one in 2013 as a Hong Kong fintech pioneer, at a time when fintech was still in its infancy in the region. Over the last eight years, he has assumed a number of roles in WeLab including Head of Product and Risk Management and General Manager of WeLend, a direct online lending business under WeLab. Under his leadership, WeLend grew from being a start-up to Hong Kong’s largest technology and AI powered pure online lending platform.

Victor Yeung is Admiral’s founding managing partner and chief investment officer. Since 2013, he has been responsible for our overall firm strategy and day-to-day management of the Admiral products. Since 2018, Victor has also been appointed as an Adjunct Associate Professor, Department of Real Estate and Construction at the University of Hong Kong.

He serves as an Educational Councilor for MIT. Since 2008, he has also lectured for various other industry and academic institutions, including the Asia Pacific Real Estate Association (APREA), Hong Kong Securities Institute (HKSI), Oxford Brookes University, Technological and Higher Education Institute of Hong Kong, and the City University of Hong Kong.

Victor is the author of four books and writes regular columns for several news media in Hong Kong, Taiwan, and Singapore. His Chinese book “A Complete Handbook of REITs” (投資房託全手冊) has won a publishing award at the Hong Kong Biennial Publishing Awards 2017. He is a co-host of a weekly stock analysis segment at Now TV’s Finance Channel.

Victor is a Chartered Financial Analyst, a professional member of the Royal Institution of Chartered Surveyors and he holds the Advanced Diploma in Managerial Accounting with the Chartered Institute of Management Accounting.