With the shifts in global population and investors demographics, there are increasing concerns over environmental and social impact of business.

The World Bank Group Inclusive Growth and Sustainable Finance Hub in Malaysia, CFA Society Malaysia, and CFA Institute are proud to join hands to advocate for sustainable and responsible investment in the asset management industry. The collaboration will bring forth a series of webinars on the shared objective, commencing from 2021. This series aims to:

Justin Ong, CFA, is currently a Partner with Deloitte Southeast Asia, leading the financial and regulatory risk practice. He has worked with over 50 financial services institutions in the regions, across Asia Pacific, Europe and Africa. He supported Board and C-suites in their transformation programme, focusing on capital, finance, risk, compliance and audit related matters. Within CFA Society Malaysia, Justin served as the Director on the Board since 2015, became Vice President in 2017 and ascended as President in 2019. He was the pioneer for the CFA Society Malaysia's Career Day as well as the Society's Representative in Asia Pacific Research Exchange (ARX). In the past, he was recognized as the finalist of the Asia-Pacific CFA society leader volunteer of the year. Justin holds a Bachelor of Accounting (Hons) from the University of Malaya and he is currently a PhD candidate in Islamic Finance with the International Centre for Education in Islamic Finance ("INCEIF").

Tan Sri Abdul Wahid Omar, 56, was appointed as Chairman of Bursa Malaysia on 1 May 2020 and the Chairman of the Board of Directors of Universiti Kebangsaan Malaysia (UKM) on 1 November 2018. He is regarded as one of the most versatile corporate leaders in Malaysia having successfully led four major organisations in infrastructure development, telecommunications, financial services and investment management. He served as Group Chairman of Permodalan Nasional Berhad (PNB), Malaysia's largest fund management company, from August 2016 to June 2018 following completion of his term as a Senator and Minister in the Prime Minister’s Department in charge of Economic Planning from June 2013 to June 2016.

Prior to his cabinet appointment, Tan Sri Abdul Wahid was formerly the President and CEO of Maybank, Malaysia’s largest public listed company and one of the leading banking groups in Southeast Asia, from May 2008. He was credited with transforming Maybank into a regional banking group and a global leader in Islamic finance. Maybank’s ‘Islamic first’ strategy adopted during his tenure enabled Maybank Islamic to extend its lead as the largest Islamic bank in Malaysia and subsequently emerge as the fifth largest Islamic bank in the world. He was also the Chairman of The Association of Banks in Malaysia.

Prior to joining Maybank, Tan Sri Abdul Wahid was the Group Chief Executive Officer of Telekom Malaysia Berhad (TM) from July 2004 until its demerger with Axiata Group Berhad in April 2008. He was credited with transforming TM into a competitive regional telecommunications company with particular emphasis on mobile communications. TM expanded its mobile communications business into Indonesia and Singapore and strengthened its presence in Bangladesh, Cambodia and Sri Lanka during his tenure as CEO.

He was also formerly the Managing Director/Chief Executive Officer of UEM Group Berhad, his first role as CEO at the age of 37. He successfully led the turnaround of UEM Group, Malaysia’s largest infrastructure development conglomerate (which owned PLUS Expressways), following its takeover by sovereign wealth fund Khazanah Nasional in 2001.

Tan Sri Abdul Wahid has received numerous awards throughout his career. This includes Malaysia's CEO of the Year 2006 award from Business Times/American Express, The Asian Banker's 2013 Leadership Achievement Award for Malaysia and The Edge Value Creator award 2013. He was also awarded the Honorary Doctorate in Economy from Multimedia University, Malaysia (MMU) in 2014 and Honorary Doctorate in Economy & Muamalat Administration by the Islamic Science University of Malaysia (USIM) in 2018.

He was conferred with Panglima Setia Mahkota (PSM) award in 2016 by DYMM Seri Paduka Baginda Yang Di Pertuan Agong for his invaluable contributions to the Country.

Apart from serving as Chairman of Bursa Malaysia and Chairman of UKM, Tan Sri Abdul Wahid is also the Deputy Chairman of Perbadanan Negeri Sembilan, Trustee and Chairman of the Investment Committee of Yayasan Pahang, Trustee of Yayasan Sultan Ibrahim Johor and a member of the Board of Trustees of the nature conservation organisation WWF Malaysia. He is also a Visiting Fellow at the Oxford Centre for Islamic Studies for the 2019/2020 academic year. 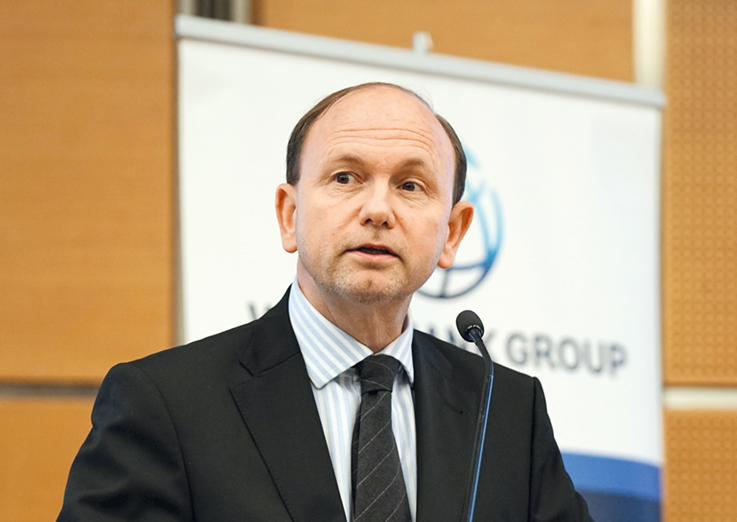 Firas Raad, a Jordanian National, is the World Bank Country Manager in Malaysia. He was formerly the Country Manager for Kuwait. Raad joined the World Bank in 2002 as a Senior Health Policy Specialist. More recently, he was working in the Health, Nutrition and Population (HNP) Global Practice. He has extensive health policy experience in various countries in the Middle East and North Africa region. Prior to 2009, Raad focused on implementing health sector reforms in Lebanon, Palestine and Egypt. He also served as the World Bank Human Development Coordinator for the Gulf Cooperation Council (GCC) countries. Between 1997 and 2000, Raad was the Private Secretary for Health Affairs in the Royal Jordanian Court providing health sector reform policy advice.

Between 2009 and 2013, Raad took a leave of absence from the World Bank and worked in the Quartet Mission in Jerusalem, first as an Advisor and later as Head of the Mission, to support Palestinian economic development.

His primary research interests are in health equity, health financing and health systems reform. He is a founding member of several regional and international organizations dedicated to peace-building, sustainable development and global health. He has published several articles on public health and development. He has a PhD in International Health Policy and Economics from the Harvard School of Public Health, and a Master’s degree in International Relations from the Johns Hopkins School of Advanced International Studies.

Mary is the Head, Advocacy, Asia Pacific at CFA Institute. She leads the team that is responsible for building market integrity in APAC by developing and advocating capital markets policy positions that raises investor protection and fosters sustainable industry growth. She also oversees the promotion and development of Asia-Pacific Research Exchange (ARX), a research hub through which we engage with societies, members, governments, regulators, academia and other industry stakeholders 6o advance the wider CFA Institute mission.

Mary has over 20 years of experience in the global financial industry, having worked in corporate finance, wealth management advisory, and fund management. She joined Coutts & Co, where she was director of Business Development and Management for North Asia. Prior to that she was executive director at UBS AG, where she led the Corporate Advisory Group in Hong Kong. With experience in both the buy- and sell-sides, Mary has a strong understanding of the drivers and dynamics of different investor groups, including institutional investors, corporates, family offices, asset owners, and high-net-worth individuals.

Mary graduated from Peterhouse, Cambridge with a degree in Engineering. She is a CFA charterholder and speaks English, Putonghua, and Cantonese.

Based in Singapore, Chitra is MSCI’s Head of APAC ESG. She is responsible for the company’s ESG research division across the region.
Before joining MSCI, Chitra specialised in corporate development focusing on cleantech investments in China. She also spent 15 years working in the investment banking sector, where her roles included project-finance management for the green energy sector.
Chitra has lived and worked in 10 countries across Asia Pacific, as well as Europe, and holds a master’s degree in environmental economics from the London School of Economics. 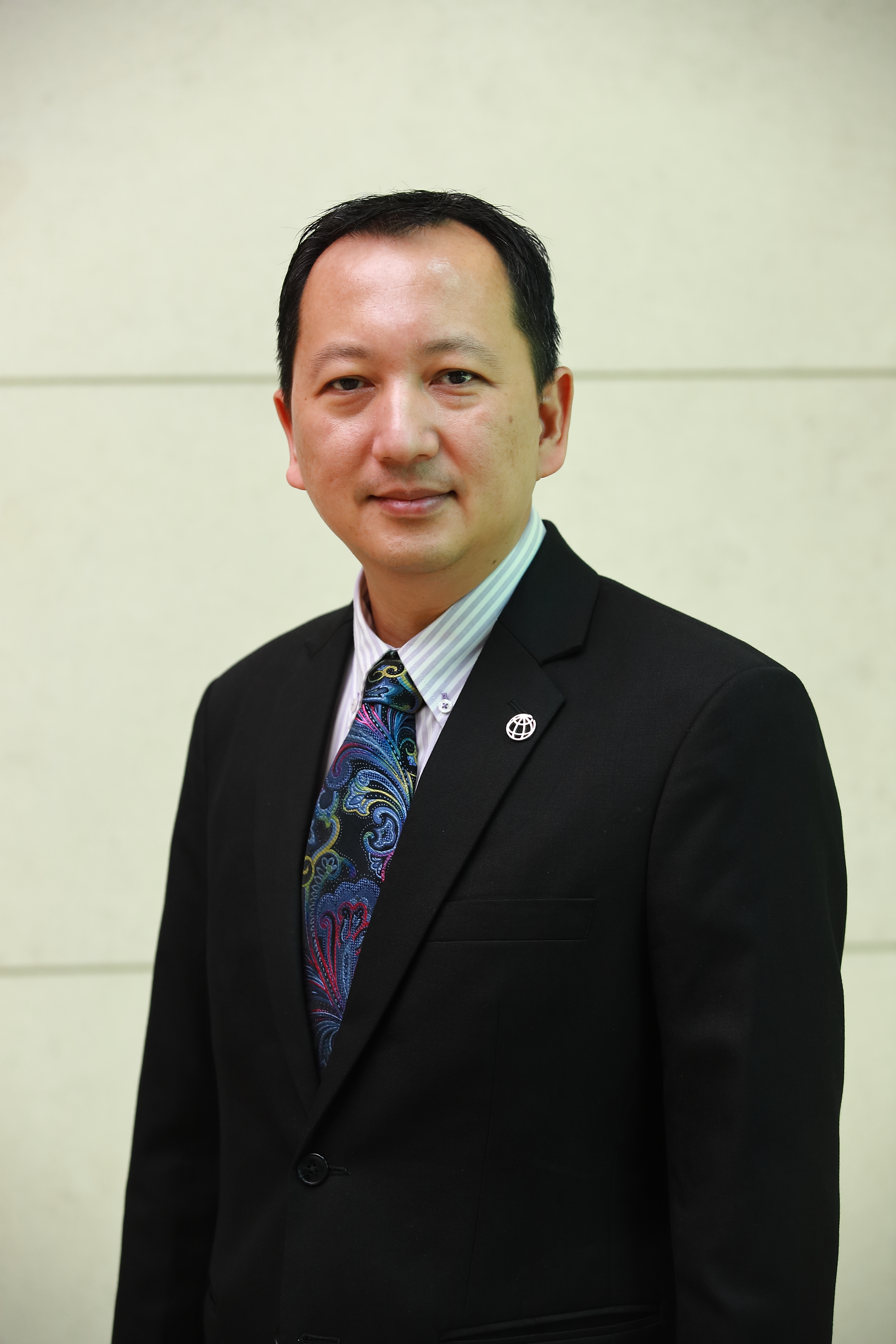 Mohamed Rozani Osman is a Senior Financial Sector Specialist with the Finance, Competitiveness and Innovation Global Practice of the World Bank in Kuala Lumpur, an assignment he started in June 2016.
He is currently working on several areas including sustainable finance, Islamic finance, disaster risk finance, capital markets, financial sector development and financial stability monitoring in the East Asia Pacific region. He has 18 years of investment management experience, including 10 years as Head of Treasury and Liquidity Management at Khazanah Nasional Berhad, the sovereign investment fund of Malaysia.
Prior to that, he headed the fixed income teams at Mayban Investment Management and KLCS Asset Management. While there, he managed several mutual funds and discretionary portfolios. He has also managed a leveraged multi-asset portfolio focused on the US technology and financial sectors. Before entering the financial industry, he worked in the oil and gas industry.
He has a MBA from Cornell University and a Bachelor of Science in Electrical Engineering from the University of Virginia. 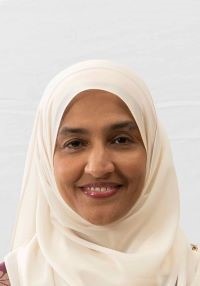 Salmah Bee Mohd Mydin is the Executive Director, Market Development at the Securities Commission Malaysia (SC) responsible for corporate strategy and planning as well as markets and products.
An important focus of the SC’s agenda is the longer term sustainable development of the broader capital market. Salmah manages a team responsible for formulating the overall planning and strategy for the SC, driving initiatives to enhance market efficiency, vibrancy, liquidity and competitiveness; and its impact to the capital market. She is a board member of the Audit Oversight Board, the Finance Accreditation Agency, the Malaysian Venture Capital and Private Equity Development Council; and Penjana Kapital.
Given her vast experience in investigation, intermediaries’ supervision, market surveillance, authorisation and licensing; and development and policy formulation, Salmah has been involved in numerous external engagements including public sector transformation initiatives, the Attorney-General’s Chambers and the Anti-Corruption Agency (now known as the Malaysian Anti-Corruption Commission). She also served as a member of the SC’s Capital Market Compensation Fund Corporation and the Financial Stability Committee of the Labuan Financial Services Authority.
Previously Salmah was a business reporter with The STAR Publications. She has a Bachelor of Arts (Management and Business Studies) from the University of Liverpool and a Masters in Science (Public Policy and Management) from the University of London. 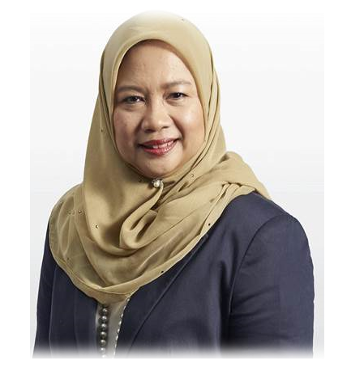 Rohaya Mohammad Yusof is the Chief Investment Officer of the Employees Provident Fund of Malaysia (EPF), appointed in January 2020.
She joined the EPF Investment Division as Head of Corporate Finance in 2008 and was appointed in 2011 as Head of Capital Market Department, overseeing global and domestic fixed income, In August 2017, she was appointed Head of Private Market, whose primary function is to invest in Private Equity, Infrastructure, Global and Regional Real Estates.
She is a member of the Board of Directors of Malaysia Resources Corporation Berhad, United Plantations Berhad, Yinson Holdings Berhad and Projek Lebuhraya Usahasama Berhad.
Appointed as a Chairman of Institutional Investors Council Malaysia since January 2020 and she is currently a Board of Trustees, Yayasan Khazanah.
Started her career with Arthur Anderson &Co. as a Senior Financial Consultant in the Audit Division.
In 1990, she joined Maybank Investment Bank (previously known as Aseambankers) and was promoted to the position of Executive Vice President, Corporate Investment Banking in 2005.